​Majed A. Alrefae is an Assistant Professor at Yanbu Industrial College, Royal Commission Yanbu Colleges and Institutes. He received his Ph.D. from Purdue University in 2018, MS from KAUST in 2013, and BS from KFUPM in 2008. He worked as a project engineer at SABIC from 2008 to 2010. At Purdue University, Majed optimized and characterized a custom-built scalable roll-to-roll plasma CVD system to deposit carbon nanostructures on various flexible substrates, including Cu foil and carbon fiber. Majed won the KAUST Seed Fund in 2012 and was the most improved Entrepreneurial Lead in the I-Corps Program in 2017 for commercializing carbon nanostructures. His research focus is on developing plasma processes to produce carbon nanostructures for energy and water desalination applications.

Graphene nanopetals are vertically-aligned carbon nanostructures materials that can be deposited on carbon fiber. Several studies showed that graphene nanopetals decrease the interfacial thermal and electrical resistances of composites, improve the interfacial strength of composites, and enhance the sensitivity and selectivity of biosensors. Here, a large-scale roll-to-roll plasma chemical vapor deposition (CVD) system was implemented to mass-produce graphene nanopetals on carbon fiber [1]. Microscale and macroscale characterization techniques were used to optimize the growth process using a sequential design of experiment model. Results show the improved density of the carbon nanostructures with increased production time. Furthermore, a heat transfer model was developed to quantify the influence of temperature distribution of carbon fiber in the roll-to-roll graphene deposition. The model was validated with in situ temperature measurements of carbon fiber in the plasma region using optical emission spectroscopy. This work aims to expand the production of graphene-coated carbon fiber for future applications of composites in energy, transportation, and sensing. 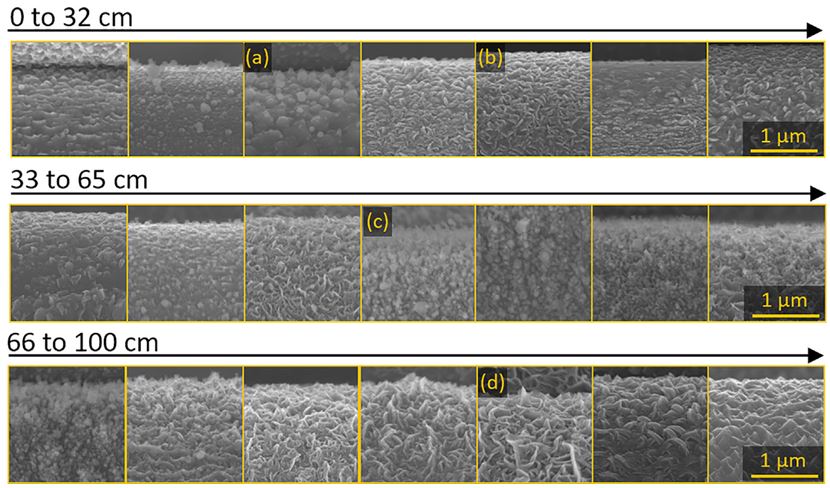 All sessions by Prof. Majed Alrefae